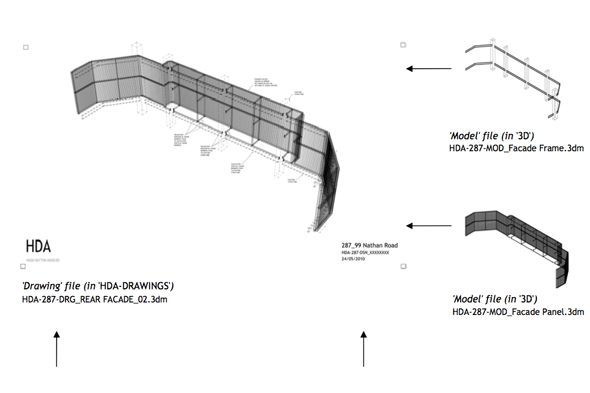 Responsive Parametric Infrastructure | a proposal for a smarter Turin

Thank you! This is a great idea. Specially for small offices this is ver helpful.

this is very generous of you. as someone who has struggled with the endless possible ways to organize this kind of information, i really appreciate seeing how another firm approaches it, especially as the variety of media and information pathways are multiplying. elegant solutions, bravo!

Hi, Thanks for these documents. I am a architecture student and I hope that I will be able to keep my files in better order based on these guides. Just wondering if you could send me the rhino and autocad template files to have a look at? This may be to much to ask. Thanks.

Hi Gary, This is Francesco, coordinator of this blog.
I passed your request to Phil, who is taking care of all this Standards issue..
I had a tour on your blog and find quite nice contents!
If you could be interested in feature some of your works on this blog, feel free to contact us at hda.paris@gmail.com
Thanks for your interest!
Francesco

[…] s1); })(); During the weekend, I was reading a fascinating blog post by complexitys.com. Re-thinking CAD Standards: Why there is never a good time and never a better time… If you are a CAD engineer or even more importantly, a CAD manager, have a read.  First of all, I […]

I have Solidworks 2011, and want to enter material properties which are anisotropic, orthotropic etc. Please share detailed steps. Highly appreciate!

Thanks so much for sharing. This is very daunting for anyone involved, I really appreciate you sharing this.