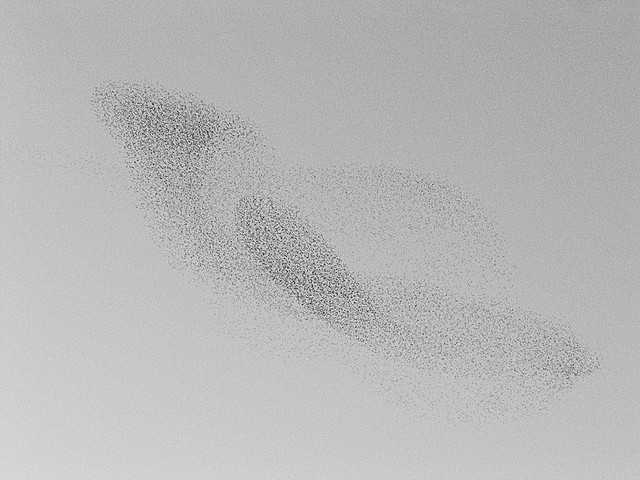 « Looking at emergent phenomena in nature, don »t you think (traditional) design itself is against nature? »
This question arises from the presentation DESIGNING SPACE FOR EMERGENCE IS AN EMERGENCY in which we were exploring relations between design and emergent phenomena. Computational designer and researcher Andrea Graziano pointed out that we should rather think that « nature is the best designer ever » and suggested two inspiring mini-talks that I am sharing with you today. They both come from the website NextNature, a network that explores the changing relation between people, nature and technology. NEXTNATURE is asking a very simple question: « What is nature? ».
For example, do you think the image above is a photo of birds murmuring or a drawing generated by grasshopper or any other parametric design tool? Does a different kind of nature, created/designed by humans, exist?


In the lecture above (10 minutes), Koert Van Mensvoort explains that if we want to understand new relations between nature casino online and technology, we should think the world in terms of  what is MADE and what is BORN, what is CONTROLLED and what is BEYOND OUR CONTROL. Traditionally, we used to think about nature as « everything that was born ». Koert mantains that today, nature is « everything that is beyond our control ». 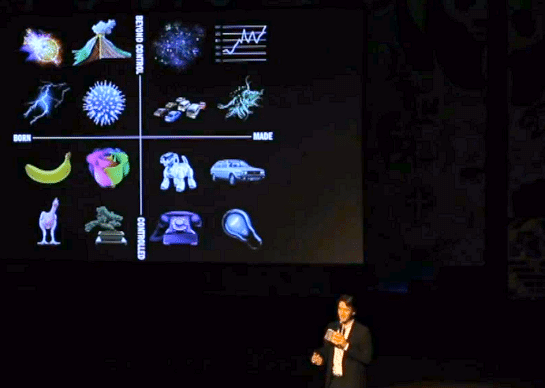 In the upper part of the schema above, you can see things of our wolrd which are out of our control (volcans, stars, meteorology) . Now, If you look at the right-upper part, you »ll find phenomena like financial system, traffic jam, internet, computer virus : they have been generated by humans and they define the new category of « next nature », the nature created by people. Below are two quotes from the lecture I found really inspiring:

« People are technological being by nature »
« How can we design and build in the next nature? »

In the lecture above (8 minutes), from which I extracted the two quotes above, the writer and NRC journalist Tracy Metz dissects our Image of Nature, how it is constructed, by whom and for what reason. 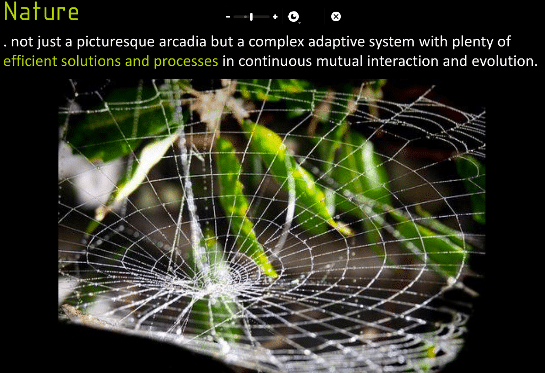 ABOVE: taken from in[form]action lecture by Co-De-It 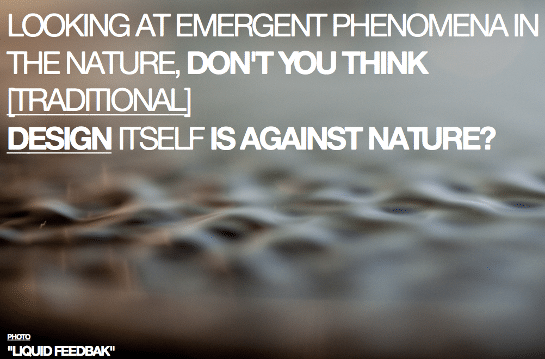 ABOVE: taken from DESIGNING SPACE FOR EMERGENCE IS AN EMERGENCY by Francesco Cingolani